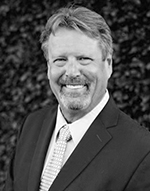 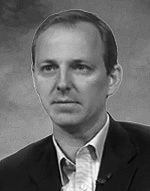 Mike is the co-founder and CEO of MCF Technology Solutions and a Senior Advisor for MCFMedia. In his role at MCFTech, he leads a global organization which has helped hundreds of forward thinking companies dramatically improve their operational productivity and effectiveness by developing custom cloud-based applications to digitally transform their business processes.

A former Naval Officer, Mike holds a Bachelor of Science (BS) in Aerospace Engineering from Georgia Tech and an MBA from Cleveland State University. He has Black Belt level experience in Lean/Sigma Process Engineering and is a practicing Project Management Professional (PMP). That education combined with real-world business experience in Operations, Product Management, Quality Control, Engineering Management, Manufacturing, Distribution, Marketing, Global Supply Chain Management, and Real Estate Pipeline Management has provided Mike with the insight to quickly grasp challenges faced by clients and to provide keen insight into the best ways to solve them.

What’s With the Owl?

One look at the owl and you can sense it – the wisdom that comes from keen observation and sharp intuition. The owl’s superior vision enables them to see what others cannot.

At MCF Media Solutions, we strive to employ these same traits in every customer engagement. Our vision, experience, and curiosity helps us spot opportunities for improvements across the enterprise. Our applications are changing the way customers get business done, ushering in a new era of collaborative productivity.